that is capable of going on multiple types of riding, but the reliability is really a big motive for me. It is because, in my time of life, I really enjoy all kinds of riding and the fun getting to know new people with the same riding interest. When Jackie and I are in the mountains we are always enjoying the scenery, and we especially love to stop and smell the roses.

I have spent a major part of my life involved with oval track racing and would like to tell you this story of being involved directly with multiple engine rules. The oval track modified started out with a junkyard engine with an engine claimer fee to keep costs down. As the years went by and the claimer rule changed and then eventually went away, the cost of the engines went to what I would say was the reason our class went from an average of 26 cars per night to 13 cars per night at our low.

In 2002, the last year of the open engines, my last racing engines were worth approximately $7500.00 per engine, and we had two of those. When the more horsepower and speed were there, the reliability of the engine went way down. I had blown up 7 engines in a three- year span – there were many nights of not having fun and lots of time fixing and $$ spent.

Then in 2003, the 350 Chevrolet crate engine was introduced. We immediately started winning a lot of races, and we were not working anywhere near as hard that year.

I had been in the auto repair industry since I was 15 years old, starting in Wendover, UT, working for my Uncle Vern Madsen’s gas station. So, with the 9.0 to 1 crate engine (with an instruction manual in front of me), it was very easy to make this engine work properly – especially since this is what I was doing for a living.

The next six years of racing with the crate engines, and I only witnessed a couple of blown engines. We used to see once per night when the open engines were running. The race engines have a big learning curve, and you need someone who knows their stuff to keep these high- performance engines running well.

So what does this have to do with UTV’s? 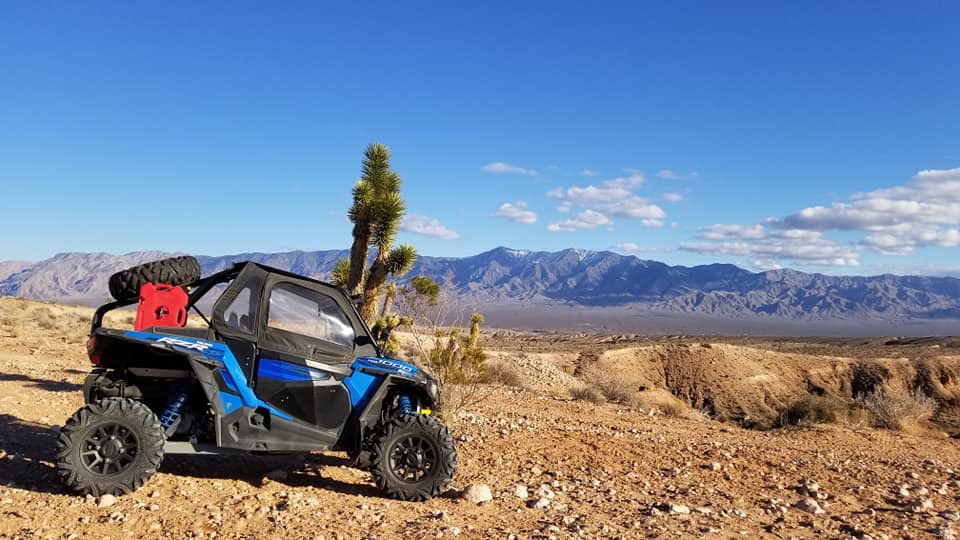 UTV out in the middle of nowhere

When you start putting more horsepower out and change the stock versions of engine tuning and parts, you are turning your reliable UTV into a version of an open engine race car.

They will lose some of their reliability, and you might have to do more work on a regular basis to keep things tuned.

After years of running with almost 600 horsepower engines, and then stepping down to 350 horsepower, it is a noticeable horsepower loss. But there was fun in the experience of not having to work constantly keeping the engines tuned and running perfectly.

The freedom and reliable compromise worked and the difference, without spending all our money on an engine, was that we were able to spend it on the car for safety and handling. The funny thing is – the cars were within .010 thousands of a second on the 3/8’s mile oval track in Salt Lake City compared to our big engine cars.

You figure out better ways to make up for less horsepower like, springs and shocks, weight, balance, Clutch, maintenance, drivetrain, tires, and wheels including offset specs.

So, in my opinion, if you are after a fun and exciting ride with the least amount of breakdowns and doing what you came out to do, and that is riding with your friends – think about why you want and need more horsepower than stock, and maybe it might make sense to put money in a different route.

These modern-day UTVs are expensive, and with a lack of maintenance, the repairs can get really expensive. So, think about spending more money on maintaining your UTV, which includes all the models, Polaris, Can-Am, Honda, Kawasaki, and Yamaha. The cost of maintenance is minimal compared to the cost of repairs.

Until we ride again.

Owner of UTV Service specializing in shocks and suspension.

I have always loved making cars and now UTV’s run and handle there best. I do not believe in taking short cuts and when something comes along that does not fit my values I will not sell or back that product.